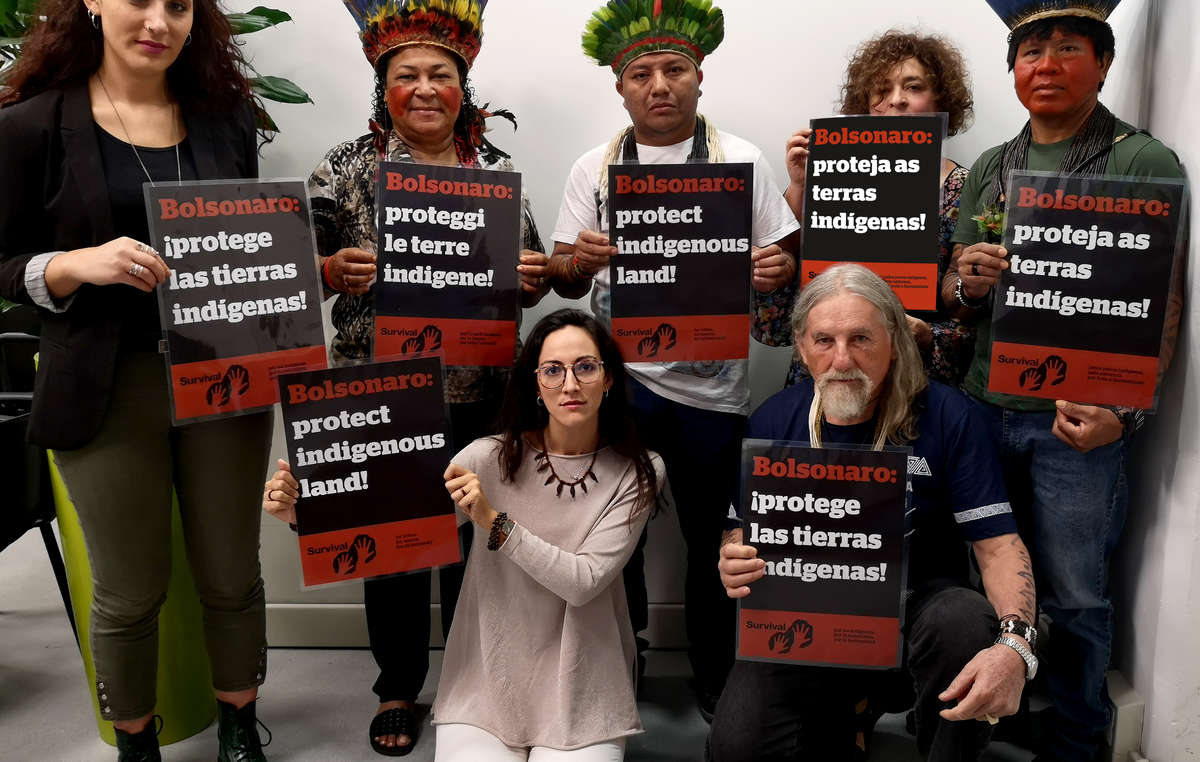 More than 100 powerful video testimonies of tribal people from around the world are being shown at a parallel event of the Amazon Synod, as part of Survival International’s Tribal Voice project.

Survival’s team is also videoing dozens of indigenous representatives in Rome for the Synod, and amplifying their voices globally.

Survival is in Rome to stand with indigenous peoples fighting the destruction of the Amazon and the theft of their lands. The Survival stand is part of the Amazonia: Common Homes events. 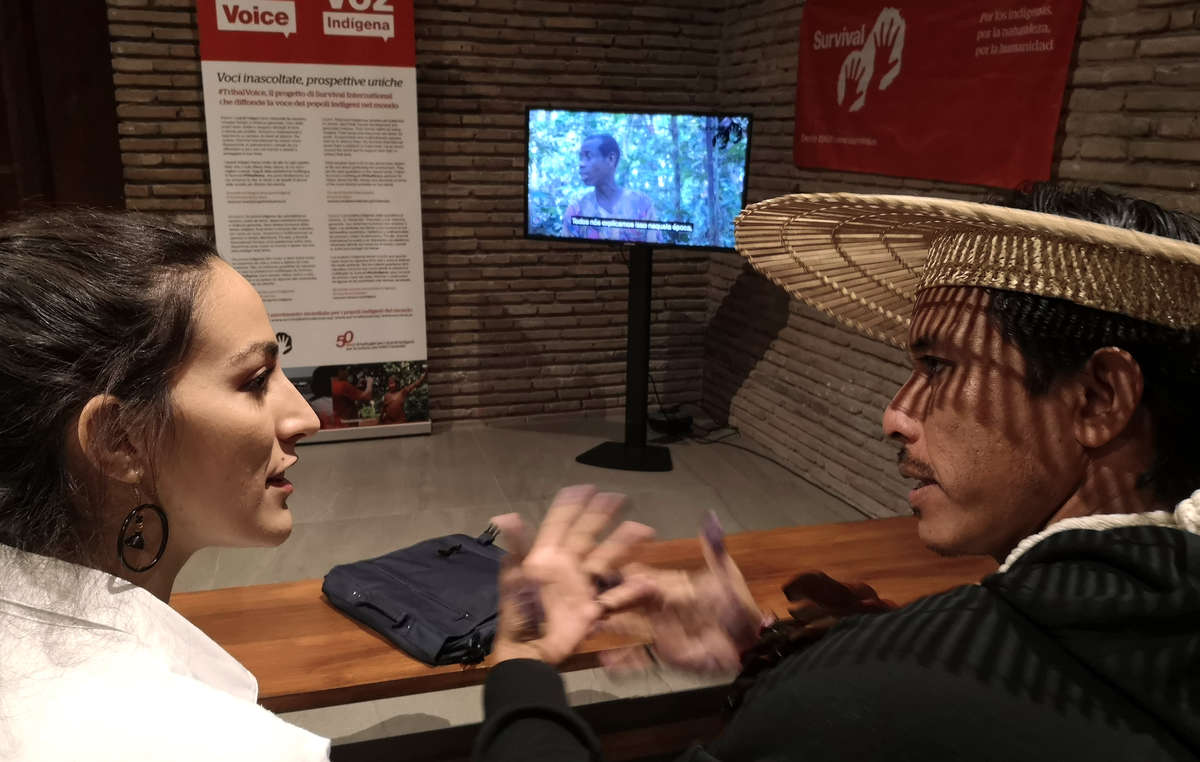 Teresa Martinez from Survival International and Brazilian indigenous leader Jeremias Mura comment on a video of the Baka at the #TribalVoice space.
© Survival

Working in partnership with the many indigenous people at the Synod, Survival’s team is working to:
- highlight the vital role the Amazon’s indigenous peoples play in the fight against climate change
- promote the fact that recognizing tribal territories is the best way to save the Amazon and prevent forest destruction
- combat President Bolsonaro’s virtual declaration of war against Brazil’s indigenous peoples, and the rise in attacks on them
- emphasize the need to stand in solidarity with the Amazon’s tribal peoples against the assault on their lands and lives

Leila Rocha, a Guarani Ñandeva leader from Mato Grosso do Sul, Brazil, has said in Rome: “The government would like to destroy us and give our land to agribusiness. These ranchers and farmers are already killing our mother, they are already killing our rivers. We ask the whole world: help us, please help us save this land, which belongs to us.”

Survival International’s Director Stephen Corry said today: “The Synod is a unique opportunity to reinforce the role of the progressive church in standing with indigenous peoples. With the most progressive Pope in situ for generations, the Synod is a once-in-a-lifetime chance to bring indigenous rights centre stage in Catholic thinking.

“The Roman Catholic church played a key role in the invasion and colonial destruction of indigenous America. |t still represents a force of repression in many contexts. At the same time, some of the earliest European voices in support of indigenous rights were members of its clergy. Over recent generations, its progressive wing has played a, often the, key role in the pursuit of social justice in Latin America, and in standing with the dispossessed and downtrodden, and many of its clergy, including indigenous clergy, have been assassinated as a result.”